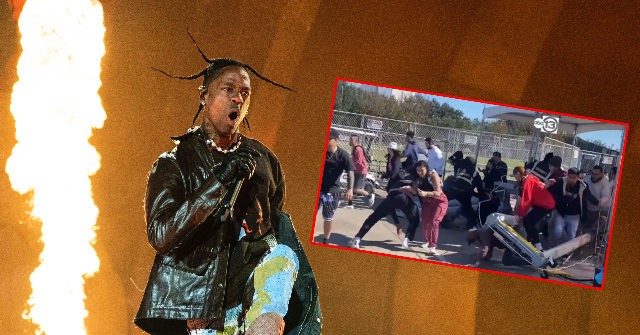 Texas-based personal injury attorney Thomas J. Henry has filed a $2 billion lawsuit against rapper Travis Scott and organizers of the Astroworld Music Festival, which resulted in at least ten deaths.

Henry filed the lawsuit on behalf of 282 alleged victims of the Astroworld tragedy on November 5 during Scott’s performance, according to a report by Houston’s Chron.com.

The lawsuit — which names Scott, as well as rapper Drake, Apple Music, Live Nation, and Houston’s NRG Stadium — reportedly follows a $750 million suit filed Tuesday by Houston attorney Tony Buzbee. That lawsuit has been filed against Scott, Drake, Live Nation, Epic Records, Apple Music, and others associated with the event.

“The defendants stood to make an exorbitant amount of money off this event, and they still chose to cut corners, cut costs, and put attendees at risk,” Henry said in a Thursday news release.

“My clients want to ensure the defendants are held responsible for their actions, and they want to send the message to all performers, event organizers, and promoters that what happened at Astroworld cannot happen again,” the attorney added.

In a recent interview with Hollywood Life, Henry said the concertgoers he is representing “have injuries ranging from heart attacks, to heart issues, to brain injuries, to spinal injuries, to broken bones, broken legs, eye injuries, internal organ injuries, bruising and bleeding.”

In addition to physical injuries, Henry added that his clients have suffered emotionally as well.

“Those who were injured are still very traumatized because they had to step over dead bodies,” he said. “They didn’t have a choice because there was nowhere to move. These people were trapped. The crushing effect was so heavy and so hard. They couldn’t breathe. They couldn’t get out.”

In addition to the lawsuits, several other entities are attempting to distance themselves from Scott in the wake of the November 5 tragedy.

On Monday, Nike announced that it is postponing the release of its collaboration with Scott — the “Air Max 1 x Cactus Jack” — citing the rapper’s Astroworld performance as the cause for the company’s decision.

On Tuesday, it was reported that W Magazine is attempting to recall its upcoming issue, with a cover featuring rapper Scott and his girlfriend Kylie Jenner, after the rapper’s chaotic Astroworld performance.

Last week, the online game Fortnite deleted from its shop an emote that included an audio snippet of Scott’s track “Out West.” An emote is a dance move or action that characters can perform during an online game.

Moreover, a petition to stop the rapper from performing at next year’s Coachella Festival has attracted over 50,000 signatures, surpassing its initial objective, and upping its signature goal to 75,000.

Trump to CPAC: We Will Stop Left Wing Cancel Culture